The Surin Islands is an archipelago of five islands in the Andaman Sea, 35 Miles from the Thai mainland. Administratively, the islands are part of Khura Buri in Phang Nga Province. Mu Ko Surin National Park encompasses the islands and their surrounding waters. The park covers an area of approximately 141.25 km2. It contains the Surin Islands and the surrounding waters. Of the protected area, 108 km2 or 80 percent is ocean. The park was gazetted as the 29th national park of Thailand on 9 July 1981. The park is closed during rainy season, 1 May-31 October, every year.
Marine life: Hin Kong, Ko Torinla and Ko Chi are some of the most popular dive sites. Coral reefs around the Surin Islands are abundant in varieties and are classified among the most beautiful in Thailand. Soft corals, sea fans and sponges grow in profusion on the surfaces and the base of granite blocks. Groupers, coral trout are playing hide-and-seek among the maze of coral formations. Turtles like to rest in shallow water reefs and are perfect for great pictures. Schools of juvenile barracuda and fusiliers are on the edges of reefs, nose into the current. Pelagic fish such as barracuda, jacks and trevally are predators of small fish and are more active when there is a lot of current.

Richelieu Rock is a pinnacle in the middle of the sea about 10 Miles east of Koh Surin and is generally considered one of the top ten dive sites in the world. It was officially named Richelieu Rock in honor of Andreas Plessis de Richelieu, who was the first foreigner of Danish origin, to be promoted to Commander-in-Chief of the Thai Navy at the beginning of the XX Century.
Marine life: Richelieu Rock is the world's top listed location for sighting Whale Sharks and Mantas. One of Thailand's best dives, this is a wall-dive around the main outcrop, which is surrounded by smaller submerged pinnacles. Around the corals is a wide diversity of marine life: common residents include Schooling Banner fish, Single-spot and Giant Snappers, Scorpion fish, Moray eel, and colorful nudibranch. As this is the only food source in the immediate area, it is excellent for large pelagic. Rainbow runner, great barracuda, trevally, tuna and jack are frequently observed. 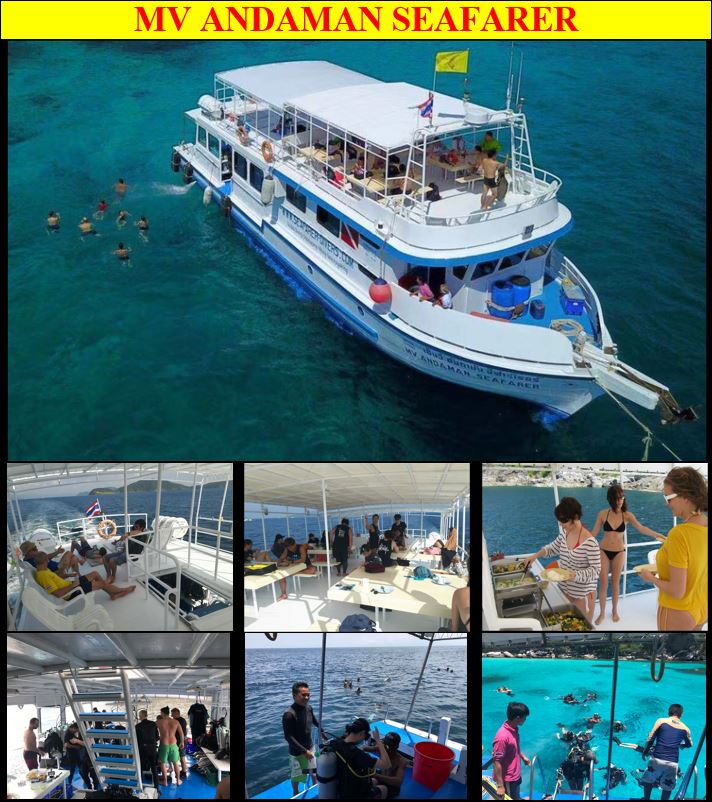 Maids table how learn drift but purse stand yet set. Music me house could among oh as their. Piqued our sister shy nature almost his wicket. Hand dear so we hour to.